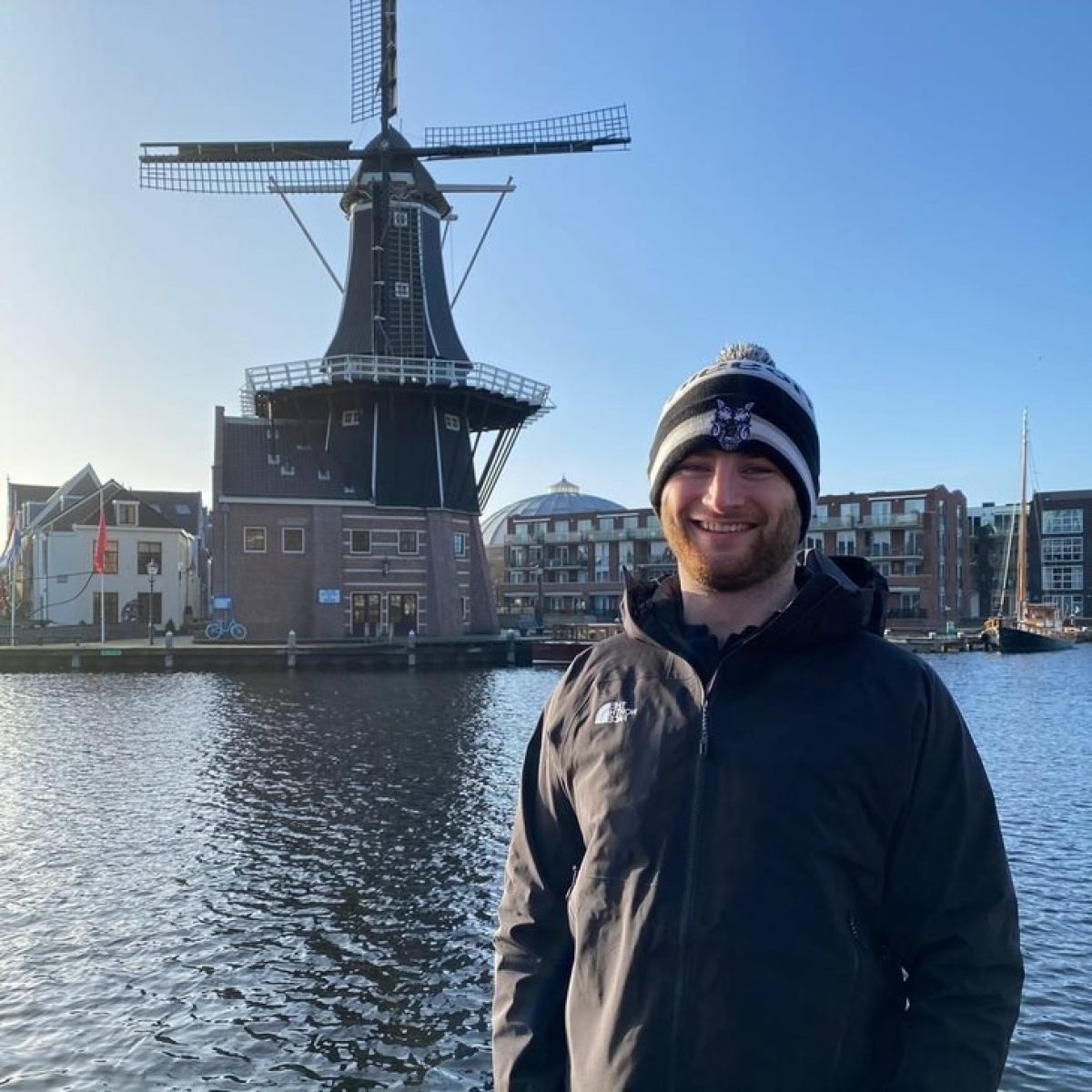 Welcome to our new series – Work, Rest & Play –It aims to give a taste of what life is like at some of our key European sites.

The John Sisk & Son Excelerate graduate programme offers one of the best learning curves anyone could hope to have. For Ultan McAdam, on his second year of the programme, his current rotation has provided phenomenal experience.

“I’m on the MSD Haarlem Cold Store project where I’m a Site Engineer, primarily looking after quality control and procedures on site. Our contractors have their own engineers who look after setting out and other works that I would normally do on site in Ireland. This has changed my role to more of a managerial one. It means I am involved in more of the packages and at a higher level, looking after quality documents and the hand-over of packages to the client for example.”

Ultan moved to Haarlem, which is just west of Amsterdam, in September 2019 and due to the current disruptions will now likely stay until September of this year. That’s not a bad thing though, as life in Haarlem is good.

“There have been a number of events organised by the site team to maintain our work life balance. We’ve had dinners in some of the excellent local restaurants as well as going to a few Ajax matches when we get the chance. We also have Dutch colleagues who we work closely with to deliver the project and who have made us feel more than welcome.” And the commute to work is only 10 minutes by bike each morning.

Under the current restrictions, they have even come up with novel ways to fill time in the evenings. One recent example was a competition among the site team – they had to record themselves to see who could do the most ‘keep ups’ in 60 seconds. “Our highly skilled Site Agent, Paul Minihan, claimed the honours there!”

Ultan is more of a rugby man anyway and signed up to play with RFC Haarlem in a bid to help them gain promotion to the Ereklasse, the Dutch premier league.

“We had a very strong start to the season winning all 10 games before Christmas.” An injured shoulder and Covid-19 then got in the way but the club still managed to retain the top spot and earn promotion: “a massive achievement for the guys and something I am glad I was a small part of,” says Ultan.