Sisk People: ‘They always made me feel at home’ 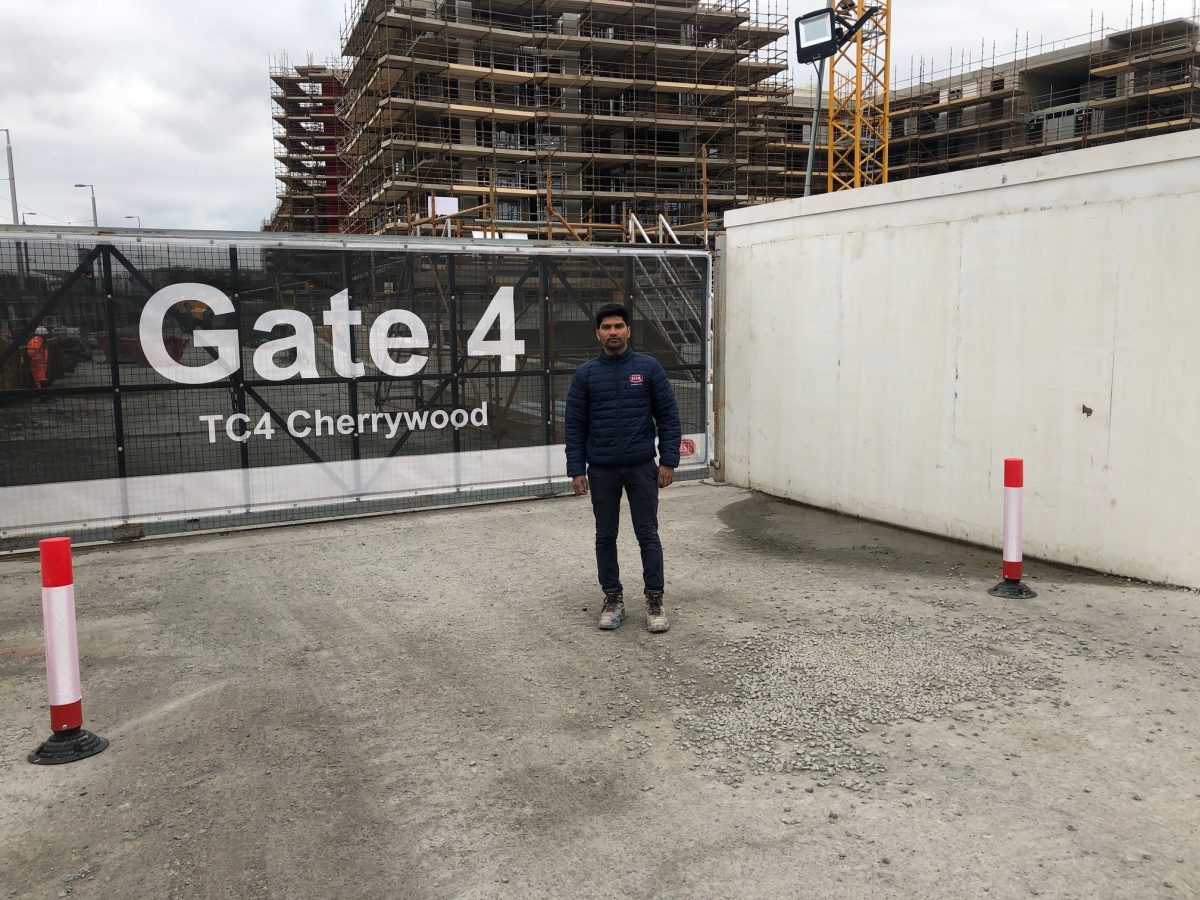 Wednesday 26th January 2022:    Anwesh Reddy always wanted to be a civil engineer. “Since childhood, I have been fascinated by buildings and skyscrapers. As I got older my interest grew even more. I wanted to be part of creating something that begins on paper and is then brought to life.”

Anwesh, originally from Hyderabad in India, pursued a degree in civil engineering in his native India and got a job working as a site engineer on graduation. However, he was keen to broaden his horizons and understand more about the business side of things so in 2018 he arrived in Ireland to study for a postgrad degree in International Business Management.

While studying he got a part-time job with P&J. “P&J provides security services for almost all Sisk sites in Ireland,” says Anwesh. “Capital Dock was my first site with them and I have been to other projects including Fibonacci, Project Kells, Smithfield.”

When he finished college in 2020, he began working for P&J full time, based at TC2 in Cherrywood. He was keen to get back into an engineering role, though, but it was proving difficult. “While I was working for P&J I kept applying for jobs as a civil engineer but I received a lot of rejections because I didn’t have Irish construction experience.”

One day he informed Cherrywood Site Manager Alan Kelly about his engineering background. “I sent my CV over to him. He came back to me the very next day and arranged an interview with Sisk.”

Anwesh got the job and spent three months working on TC2 before being moved to sister project TC4 at Cherrywood, where he is part of a team of four engineers and a senior engineer.

“I was assigned to one of the blocks as a setting-out engineer and we worked as a team. My fellow engineers, Brendan Molloy, Alex Crossley, Diarmuid O'Connell, always supported me and made me feel at home.”

He says that he has gained so much experience and gives special mention to senior engineer Tomas Byrne. “I always proudly say that Sisk is not just a family business but also that the people who work for Sisk are a family. What I achieved in the last two years is incredible.

“Thanks to Alan Kelly who brought me in, Michael Geraghty for sending me to TC4 and Fergus Beirne for having faith in me.”