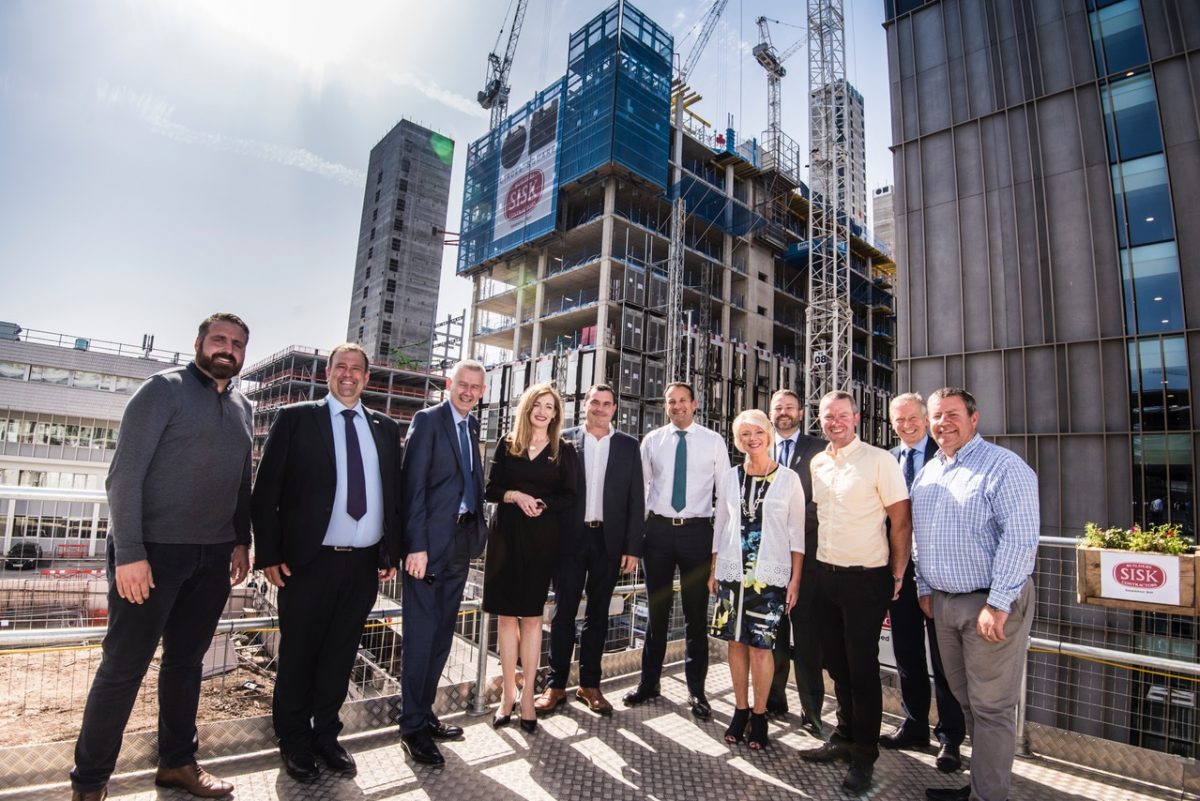 He was met on site by Guy Fowler, MD, North & Major Projects division, who had earlier taken part in an Enterprise Ireland led roundtable discussion about the potential opportunities for Irish companies in Manchester and the Northwest as part of the Northern Power House initiative. As part of that roundtable discussion Guy Fowler was interviewed by RTÉ TV News about the challenges and opportunities for Irish businesses in the UK.

Among those he also met at the site were Giles Beswick Director of Vita Group and Phil Kemp Chief Executive Officer of Bruntwood SciTech.

Located on the former BBC site on Oxford Road in the heart of Manchester's innovation district, Circle Square is a £750m joint venture development between Bruntwood SciTech and Vita Group that will see the creation of a pioneering new urban destination that will boast over 1700 new homes, 1.2 million sq. ft. of workspace and over 100,000 sq. ft. of retail and leisure space. Circle Square will also feature the first and largest new city park for generations, providing much needed green space in the city.