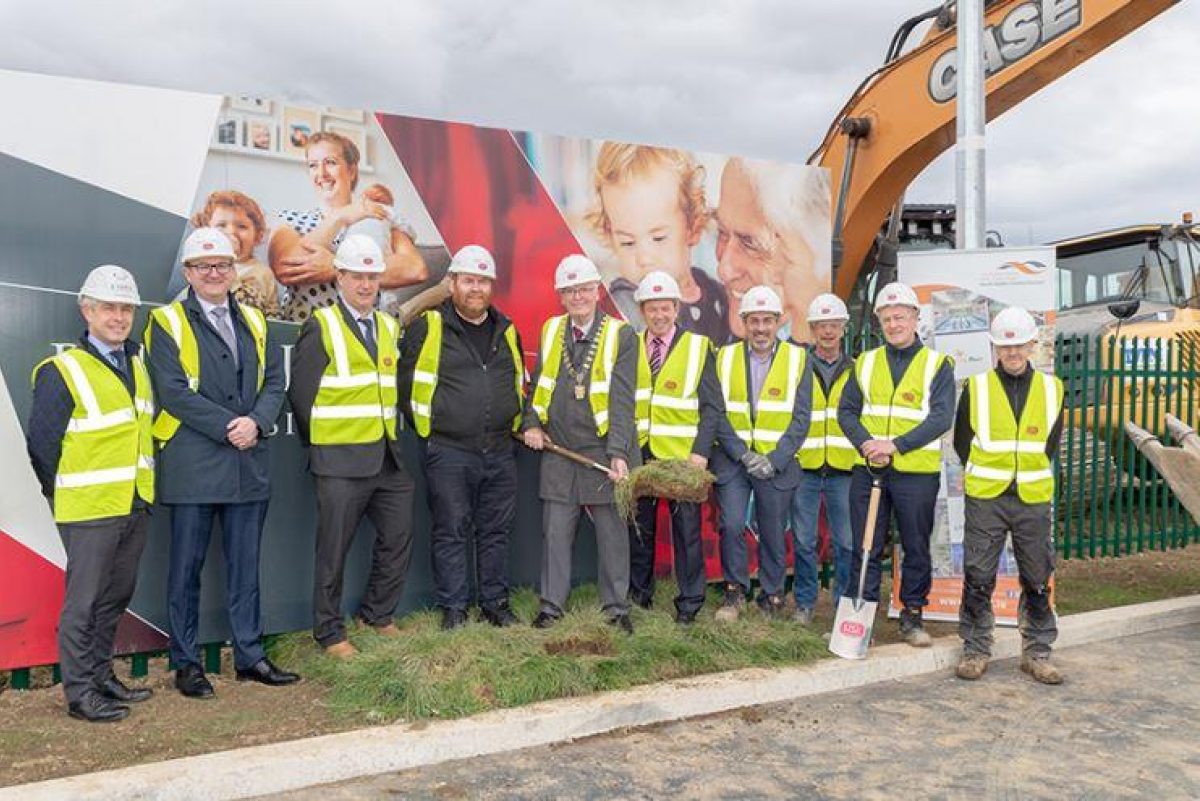 On Tuesday 30 April 2019, Cllr Charlie O’Connor, on behalf of the Mayor of South Dublin County Council, officially turned the sod for a 109 unit residential development on the townlands of Kilcarbery and Corkagh Demesne, Old Nangor Road in Clondalkin, Dublin 22.

Corkagh Grange was approved under the Part 8 of the Planning and Development Act 2000 (as amended) in September 2017 by elected members of South Dublin County Council. The completion of this development is expected to be towards the end of 2020 when single people and families will be offered the new homes from the Council’s Social Housing Waiting List.

The Corkagh Grange site is one of six sites across Dublin, Louth, Wicklow and Kildare included in the Social Housing Bundle 1 Public Private Partnership (PPP) project which will deliver 534 social housing homes across the region.

On 29 March 2019, on behalf of the Department of Housing, Planning and Local Government, the National Development Finance Agency (NDFA) announced the contract award of the Social Housing Bundle 1 PPP project to the Comhar Consortium.

The Comhar Consortium is 100% owned by Macquarie Capital Group Limited and supported by John Sisk & Son (Holdings) Ltd. as works contractor, Choice Housing as facilities management provider and Oaklee Housing as tenancy management provider. The NDFA acted as agent for the Department of Housing, Planning and Local Government, which is the Sanctioning Authority for this project, with Dublin City Council as the Sponsoring Agency on behalf of all the local authorities involved.