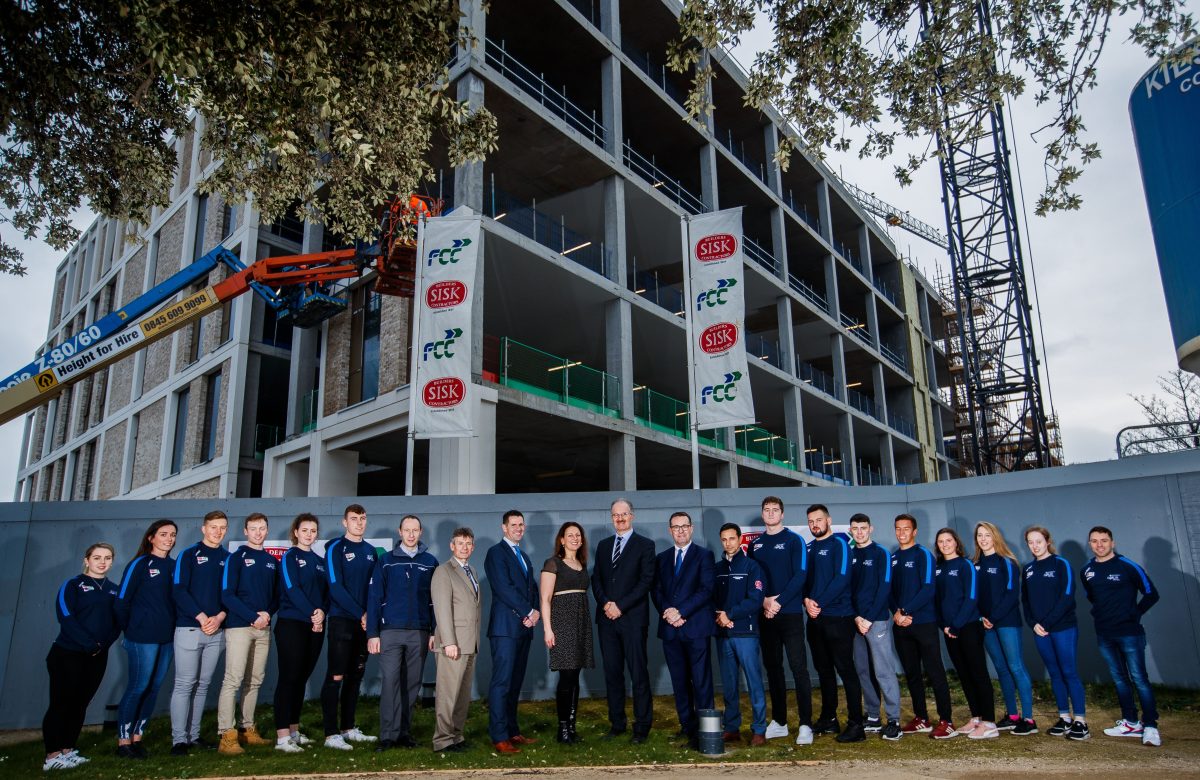 Sisk FCC and TU Dublin Sport announced a new three-year sponsorship deal for the Elite Sport Programme at TU Dublin. As part of the deal the programme will support Olympic hopefuls on the Road to Tokyo 2020.

Donal McCarthy, Managing Director, Ireland East at John Sisk & Son said: “On behalf of the Sisk FCC JV we are delighted to be able to support this exciting programme and partner with TU Dublin’s Elite Sports Programme and the Road to Tokyo 2020 campaign. Sisk FCC are pleased to say the project is progressing on time and on budget. We are also pleased to be working in collaboration on this project with our key stakeholders the Grangegorman Development Agency, Macquarie Capital and the NDFA to deliver this exciting educational infrastructure.”

Before interviewing a panel representing TU Dublin elite athletes, Darren Frehill said he wanted to commend the university for not only investing in athletes involved in the better recognised sports like GAA, rugby and soccer but also in minority sports. He also expressed his amazement at the development of the Grangegorman campus and he congratulated TU Dublin President, Professor David FitzPatrick on creating “something really special – unlike anything we have already.”

Professor David Fitzpatrick thanked the Sisk FCC partnership for their support and encouragement of the athletes and said he looked forward to their future success, both in their academic and sporting activities.