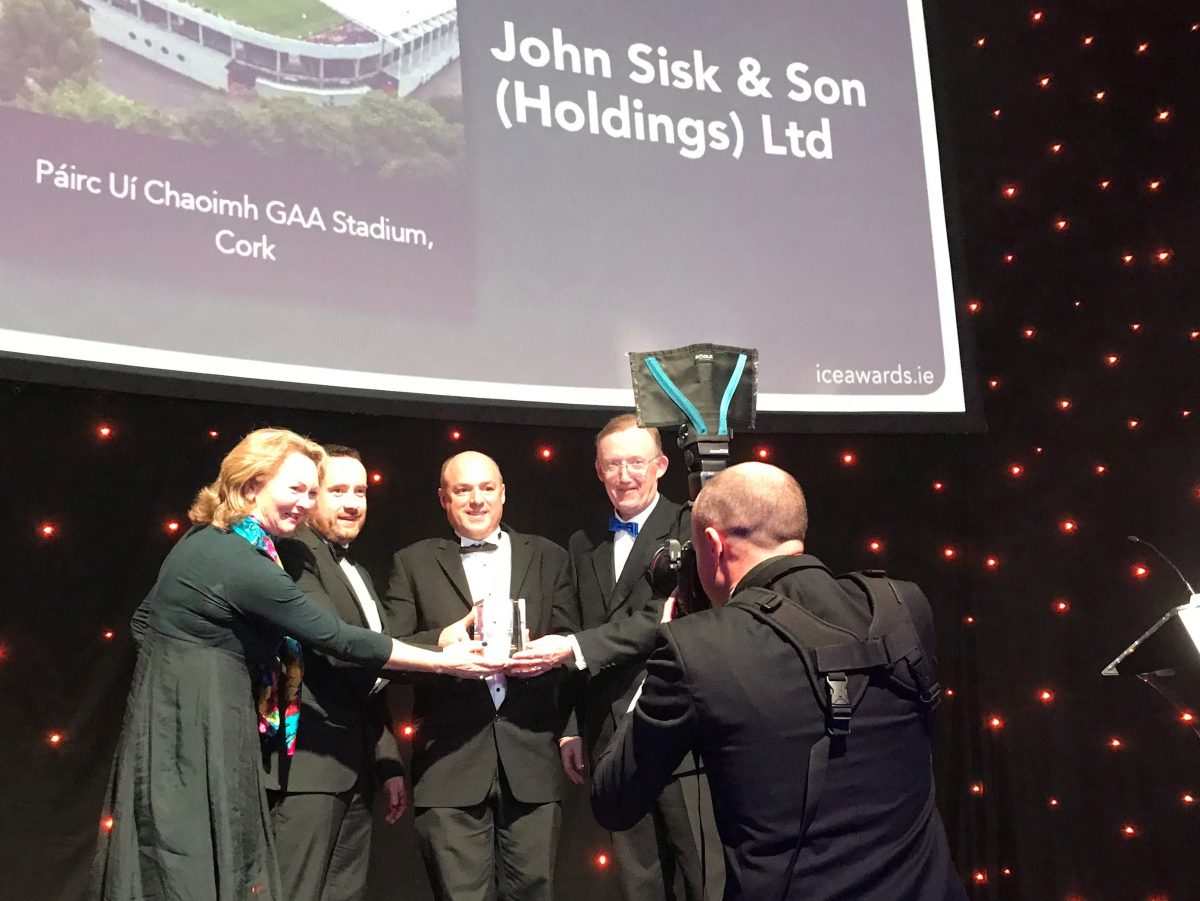 Páirc Uí Chaoimh was the headline winner of the “ICE Project of the Year Award”, as voted for by the general public and industry participants alike. This was its second award of the night having already won one of the Judges Silver Awards, which were presented by well-known architect Angela Brady OBE.

This is a great achievement for all involved on this landmark project. Luas Cross City won the award for Best Project in the Civil Engineering Category and members of the Sisk Steconfer JV Team were present to collect to trophy.

As if that was not enough Sisk also won the BIM Excellence Award for our use of BIM on a recent data centre project for a multinational client. Sisk was nominated in six categories in total, as well as the Project of the Year Award.

Earlsfort Terrace (Commercial project over €10m), Baggot Plaza (Refurb / Fit Out) and our Health, Safety and Wellbeing initiative with DePuy (Health, Safety & Wellbeing) were also shortlisted in their respective categories and well represented at the event.

And as if that was not enough….Páirc Uí Chaoimh picked up another award at the Irish Concrete Society Awards the following night! This demonstrates the quality of all the elements of that project as a great showpiece for our commitment to Building Excellence.