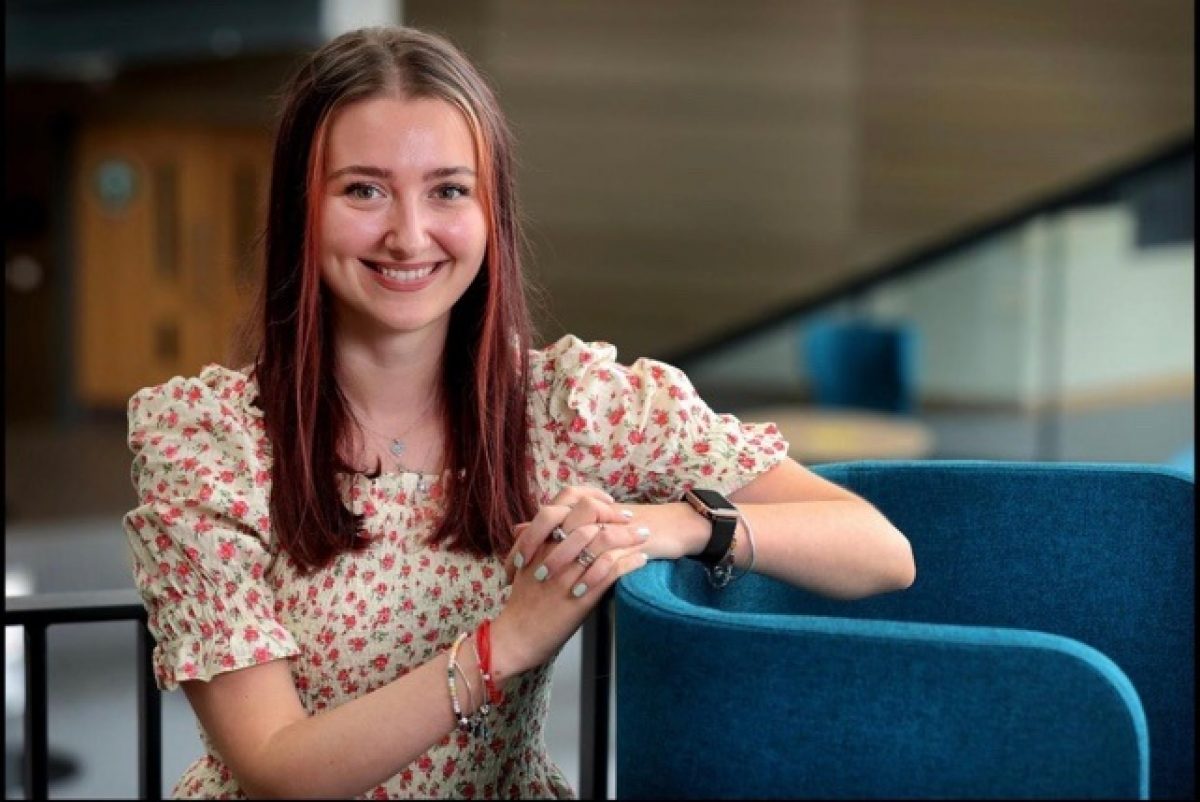 Monday 17th January 2022:    Nicole Matko remembers feeling intimidated by both the CAO application form and the idea of studying at UCD.

She was interested in Commerce and Social Sciences, “anything that was people- or business-orientated”. However, she thought getting in to either “was a long shot, probably not even worth putting down”.

Her resolve hardened after attending a UCD open day. “It blew my mind … feeling the buzz of the place. I got a sticky note and wrote ‘Commerce’ and wrote the points on it and I stuck it on the wall where I studied,” she says.

Nicole (20) is now in her fourth and final year and has excelled in her Commerce studies at UCD, receiving an academic award on the basis of her first-year exam results.

A career workshop prompted an interest in HR and, last year, Nicole elected to do a one-year internship in the HR department of a large construction company.

She has also maintained her love of languages by pursuing elective modules in Italian and Spanish. “I also joined UCD French Soc, It was a great way to meet people,” she says.

Nicole was born in Wexford and grew up speaking Hungarian with her mother and Romanian with her father. When she was two, the family moved to Dublin, where she subsequently attended St Joseph’s Secondary School, Stanhope Street, an inner-city Deis school, where she was prefect and deputy head girl.

For Nicole, going to college was a priority: “I really wanted to continue my education because my parents didn’t get a chance to, but I had no clue what I wanted to do.”

She recalls the support she received at St Joseph’s: “It was a great school — the teachers really cared about their job and their pupils.”

Nicole entered UCD with the benefit of the Hear (Higher Education Access Route), which supports people who are under-represented at higher education due to their socio-economic background.

She settled quickly, crediting a pre-semester orientation for new students coming in through Access pathways.

Now she is a UCD peer mentor, providing support and information to incoming students. She says, for instance, that “for people who are worried about finance in college there are so many supports available. I received an EY/UCD Quinn School of Business scholarship at the start of first year, which provides financial support to students throughout their degree.”

Nicole also volunteers at events such as UCD Open Day and has participated in the Path (Programme for Access to Higher Education), an inter-institutional community outreach initiative that aims to improve the levels of diversity in higher education.

“We organised workshops with the Transition Year students of a local Deis school. We spoke about our journeys to college and answered any questions they had about college life,” she says.

This article featured in the Irish Independent on January 10 2022