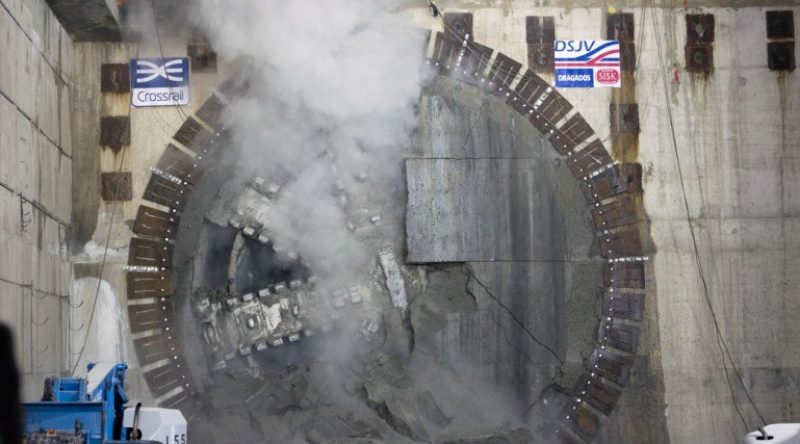 Dragados Sisk Joint Venture (DSJV) was responsible for the construction of 23km twin bore tunnels running from Victoria Dock in the east to the new Crossrail Farrington station in Central London. With a leg of tunnels splitting off between Stepney Green to Pudding Mill Lane.

Other works included establishing a PCC segment factory in Chatham produced 113,000 tunnel segments that were shipped from Chatham Dock to Limmo Wharf.

This also included the design and construction of a new 200m-long marine berthing facility at Instone Wharf, located on the River Lea where it enters the River Thames, to be capable of handling approximately two 85m-long vessels. The facility was used for exporting approx. 1 million m3 of excavated tunnel material by self-propelled vessels.

Crossrail's largest tunnelling scheme was awarded to the joint venture company (DSJV) formed between John Sisk & Son and Dragados, a partnership which combined our expertise to deliver design and programme benefits for both client and future passengers alike.

Known as “C305”, the project contract required the construction of 11.9km of twin bore tunnels. Known as the Eastern Running Tunnels, from London’s Limmo Peninsula to Farringdon and Victoria Dock, and from Stepney Green to Pudding Mill Lane. 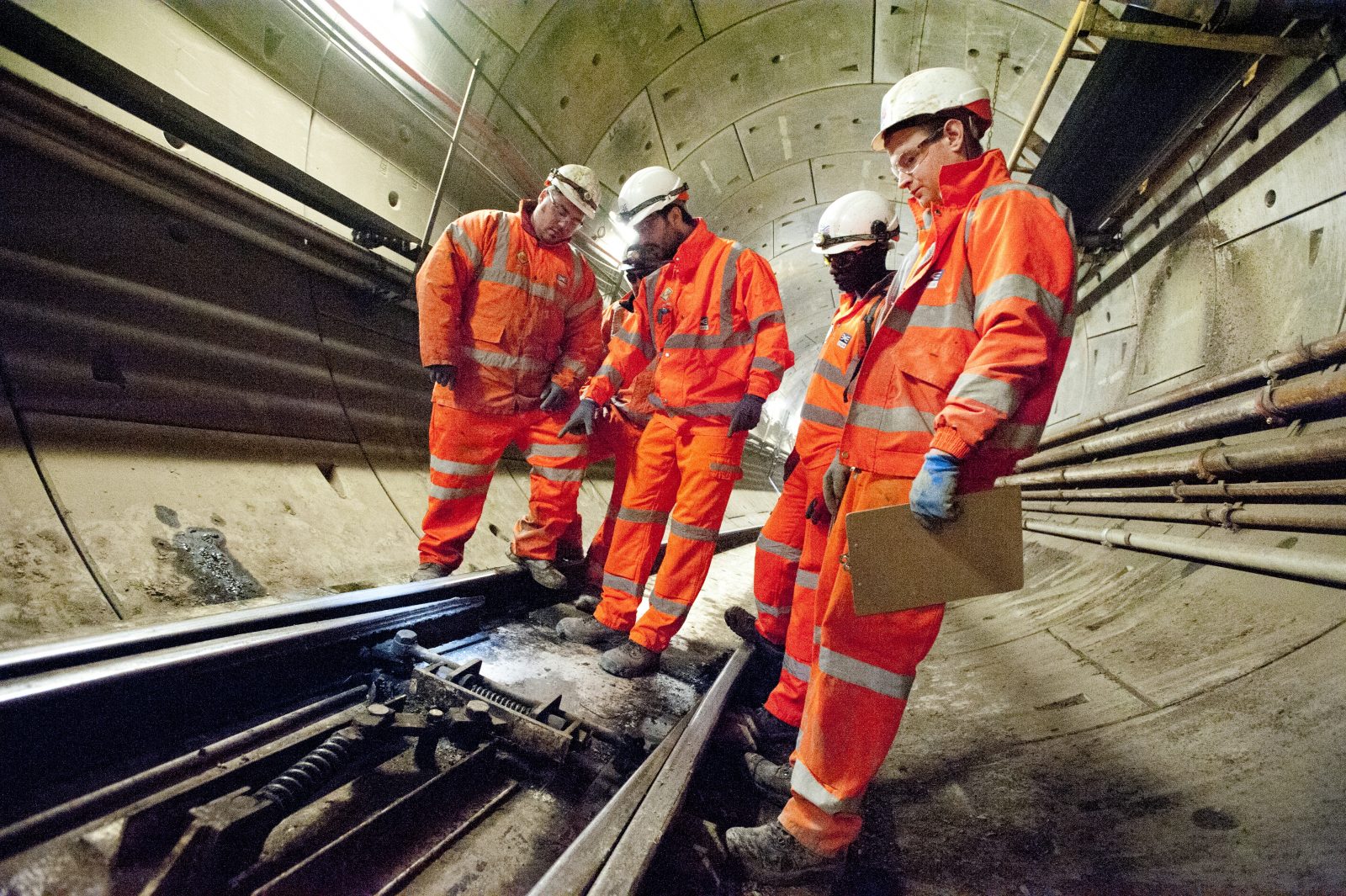 Extensive collaboration with DLR (Docklands Light Railway) personnel at all stages of our process, from initial concept and methods of working onwards, was successfully implemented, allowing the construction of the diaghram wall shafts and steel sheetpiled cofferdam adjacent to the DLR.

A cofferdam is an enclosure built within, or in pairs across, a body of water to allow the enclosed area to be pumped out. This pumping creates a dry work environment for the work to be carried out. 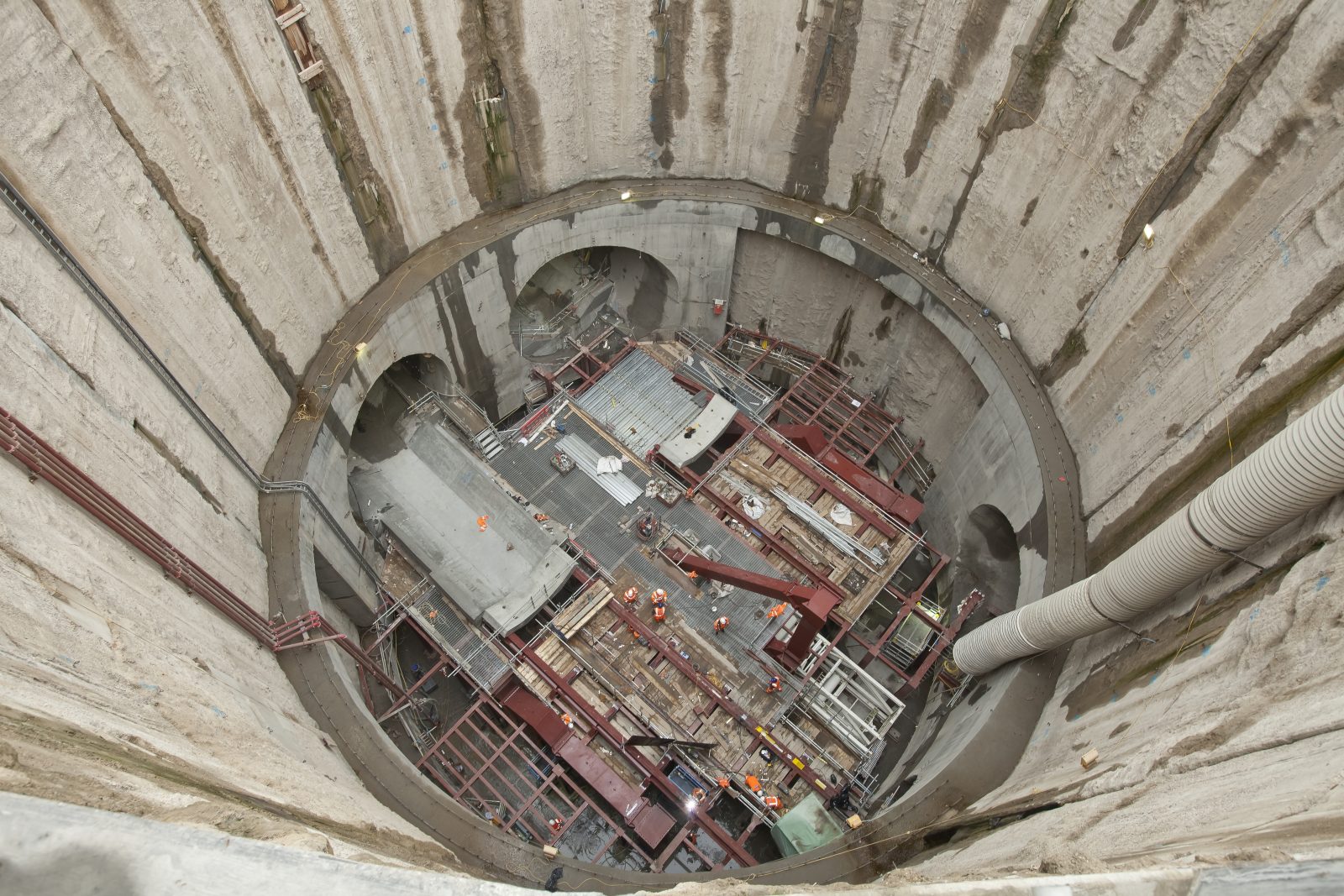 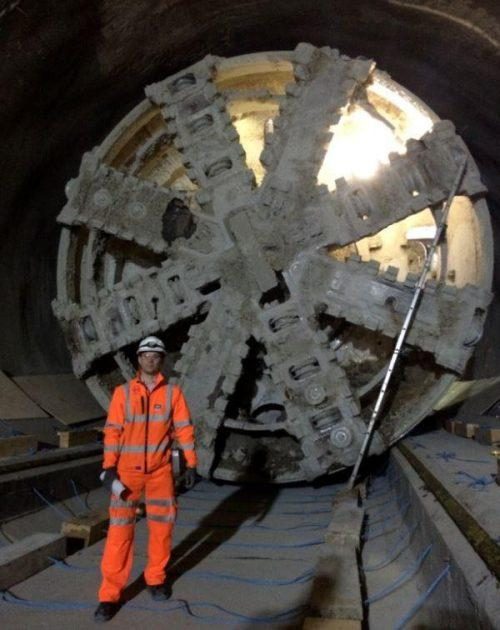 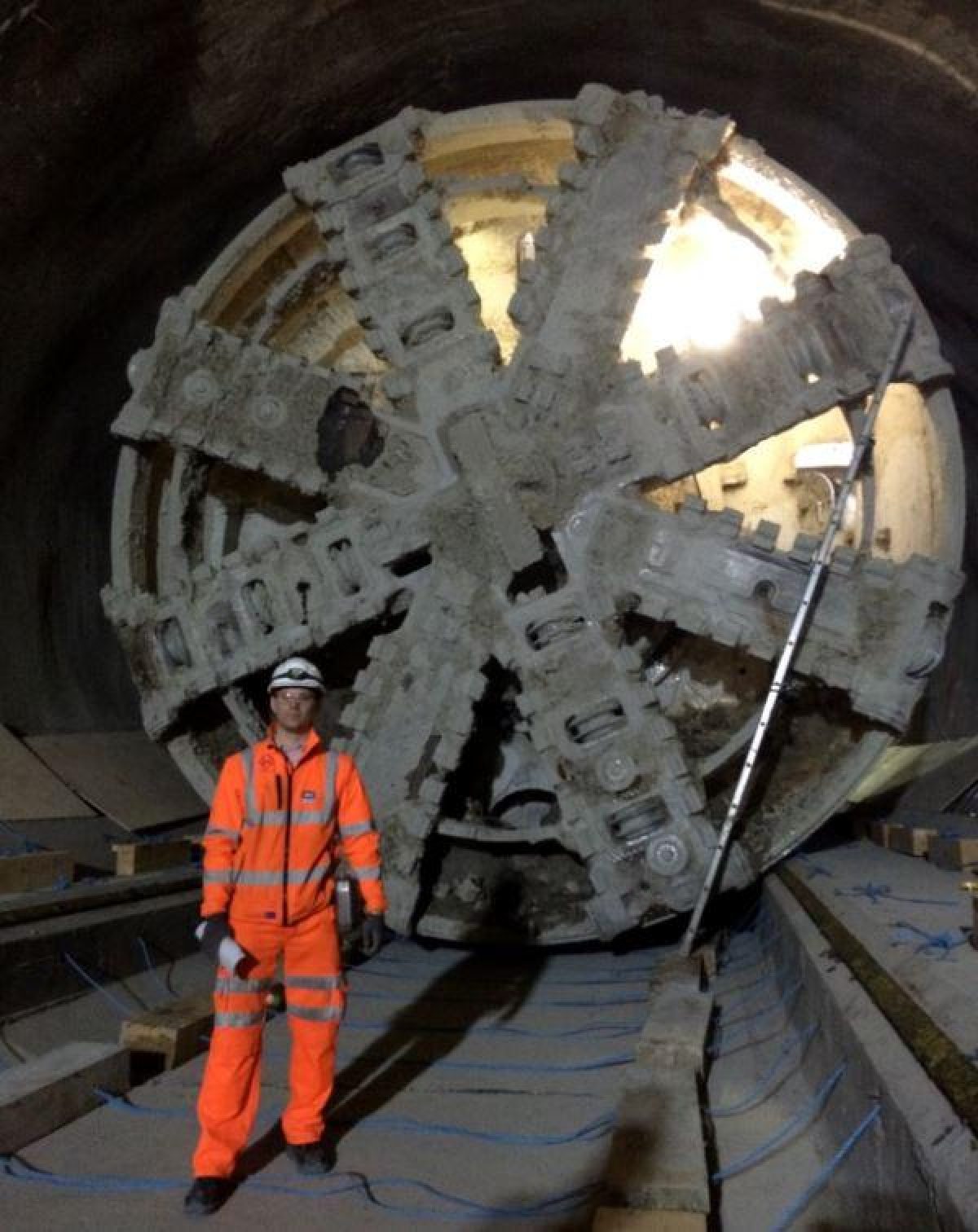 Ross joined Sisk in 2006 and has over 14 years’ industry experience. One of his key strengths is his ability to collaborate, working alongside clients, designers, supply chain partners and stakeholders to develop optimum construction solutions.

Sheetpile walls are retaining walls constructed to retain earth, water or any other filling materials. Deadman anchor walls are thinner in section compared to masonry walls. 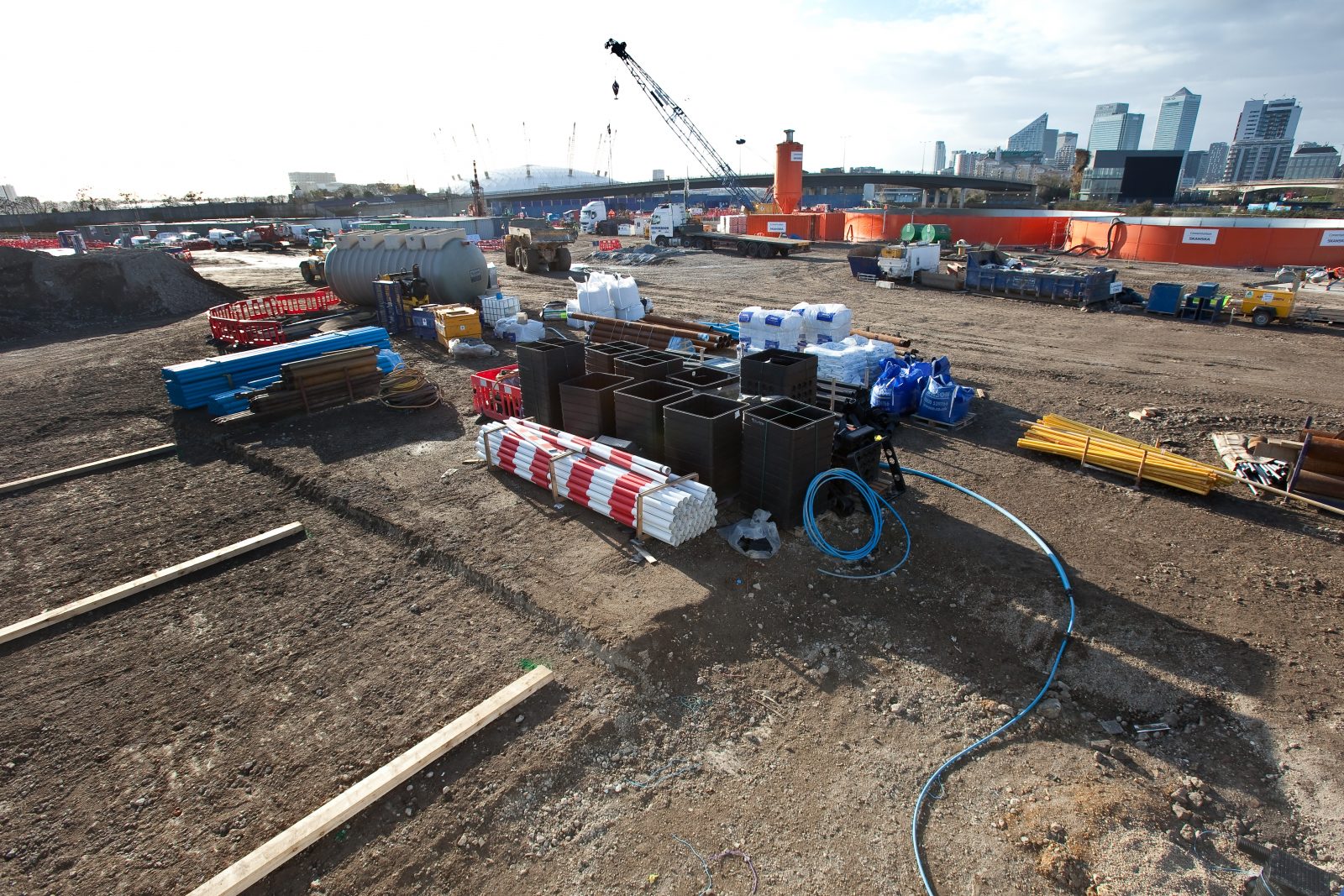 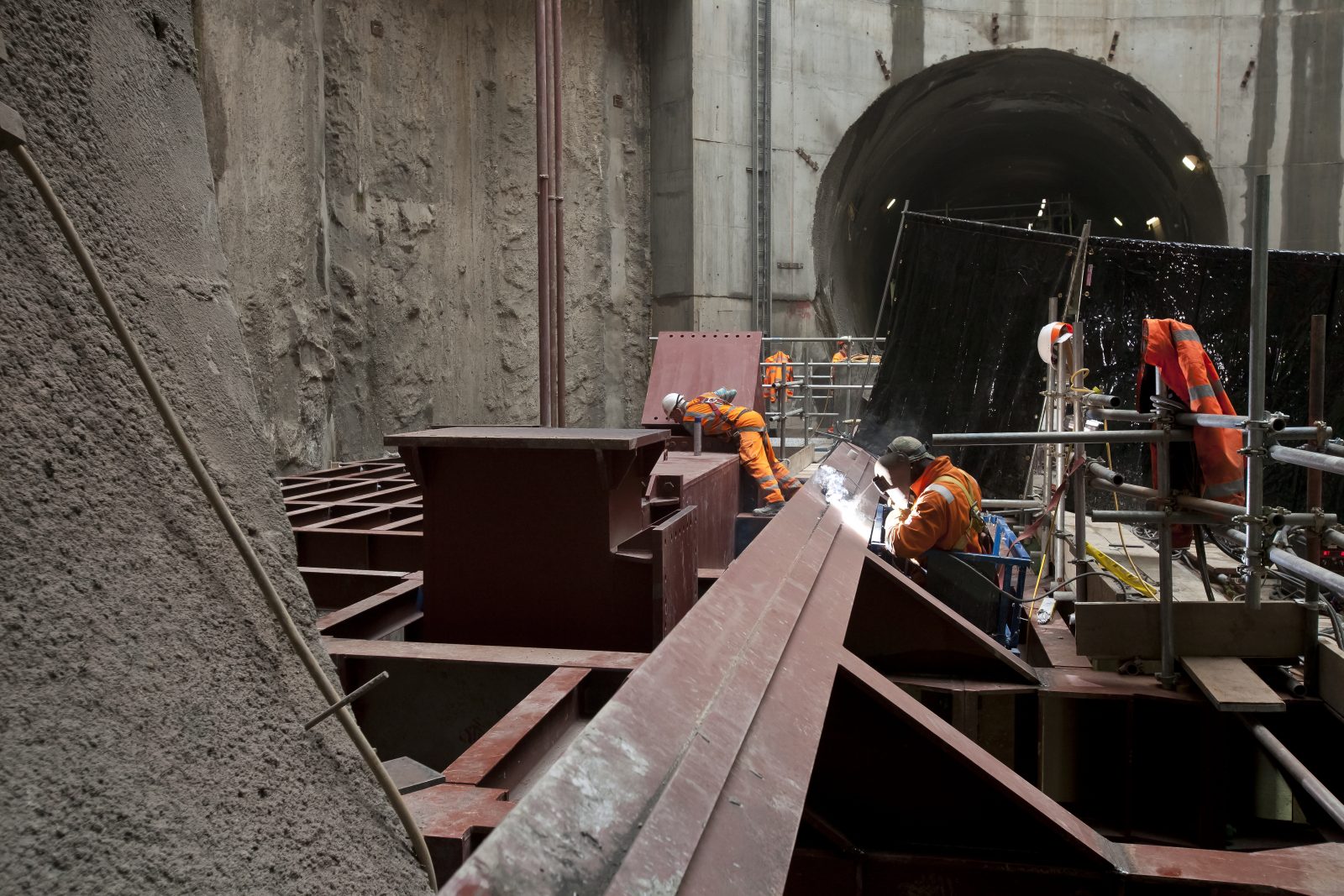 "This is a major milestone in the most ambitious rail project this country has seen for decades. The Crossrail project showcases British engineering at its best, and I congratulate everyone involved in this impressive achievement." 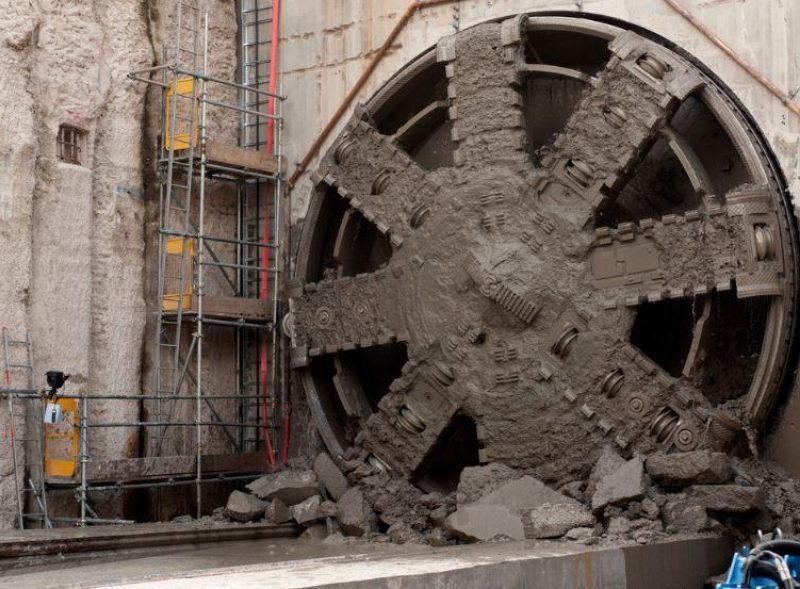 In a landmark partnership with the Royal Society for the Protection of Birds (RSPB), three million tonnes of this excavated material was used to create the Wallasea Island Wild Coast Project - a flagship wetland nature reserve twice the size of the City of London - at Wallasea Island in Essex.

Material from Crossrail’s western tunnels was transported by rail from Westbourne Park to Northfleet in Kent before being shipped on to Wallasea Island. At peak, as many as five rail movements a day took place between Westbourne Park and the Northfleet transfer site.

Meanwhile, over the course of 1,528 shipments carried out by five dedicated ships, three million tonnes of excavated material from Crossrail’s eastern tunnels was shipped direct to Wallasea Island from Instone Wharf near Canning Town. 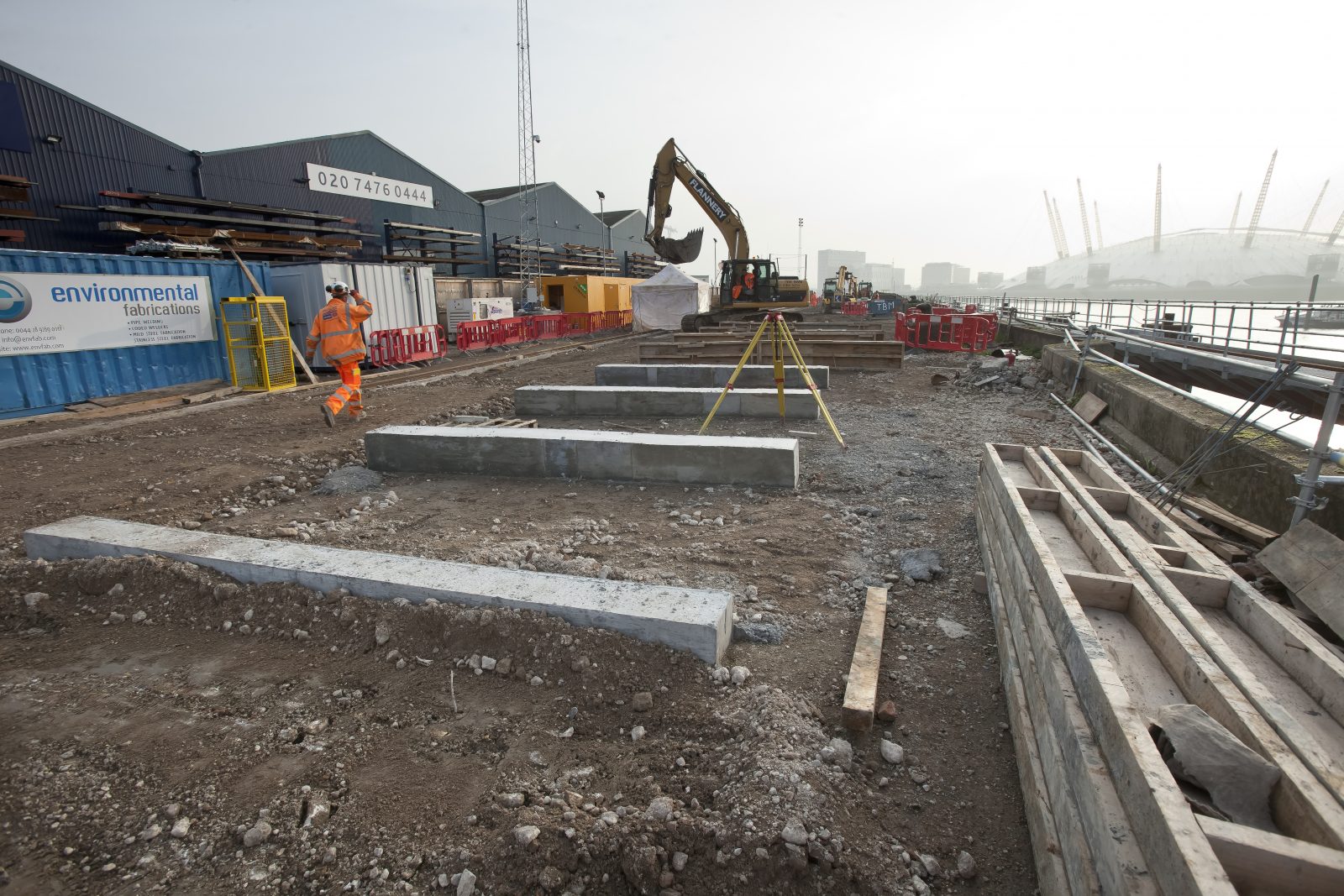 A total of eight tunnel boring machines were used to build 26 miles (42km) of tunnels beneath London to form the central section of the Crossrail route. The TBM’s are traditionally named after women and in May 2013 Crossrail launched the TBM naming competition to name the last two remaining TBM’s on the Z drive. DSJV jumped at the chance to get the local residents of East London involved in this competition and contacted numerous schools within East London inviting them to enter this competition themed ‘Modern day Heroes’.

The winning names were Jessica and Ellie after the Olympic Heptathlon Champion Jessica Ennis and the Paralympic gold medallist swimmer Ellie Simmonds.

Marion Richardson Primary School were extremely happy to have won this competition and for their winning names to be etched on to the magnificent pieces of machinery. They were also amazed at their winning prize from Crossrail of a cheque for the sum of £6,000 towards playground equipment. 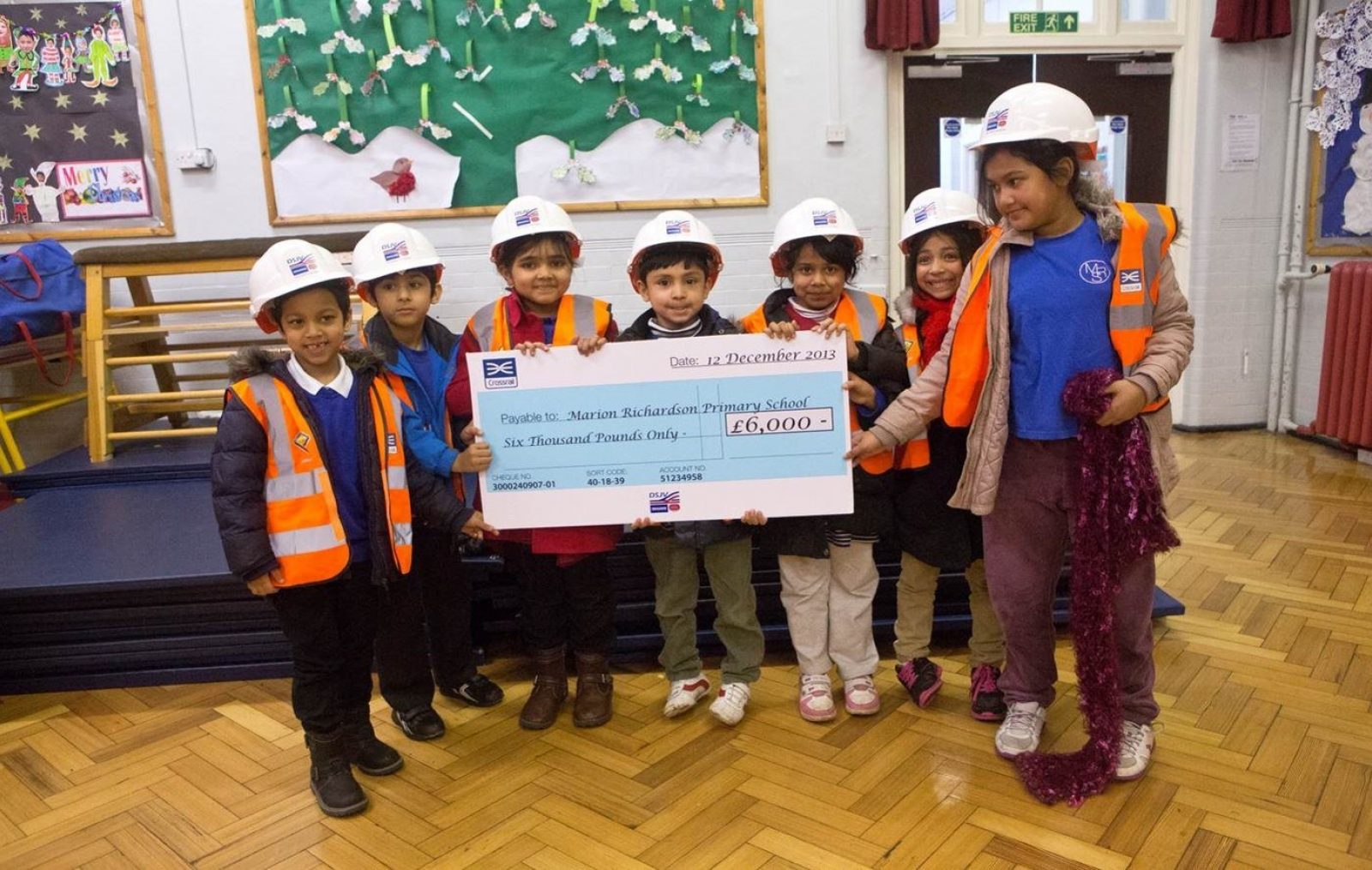 "The work looks absolutely first class. Please pass on my thanks to Sisk. This previously dangerous asset has now been made safe for the travelling public and staff alike." 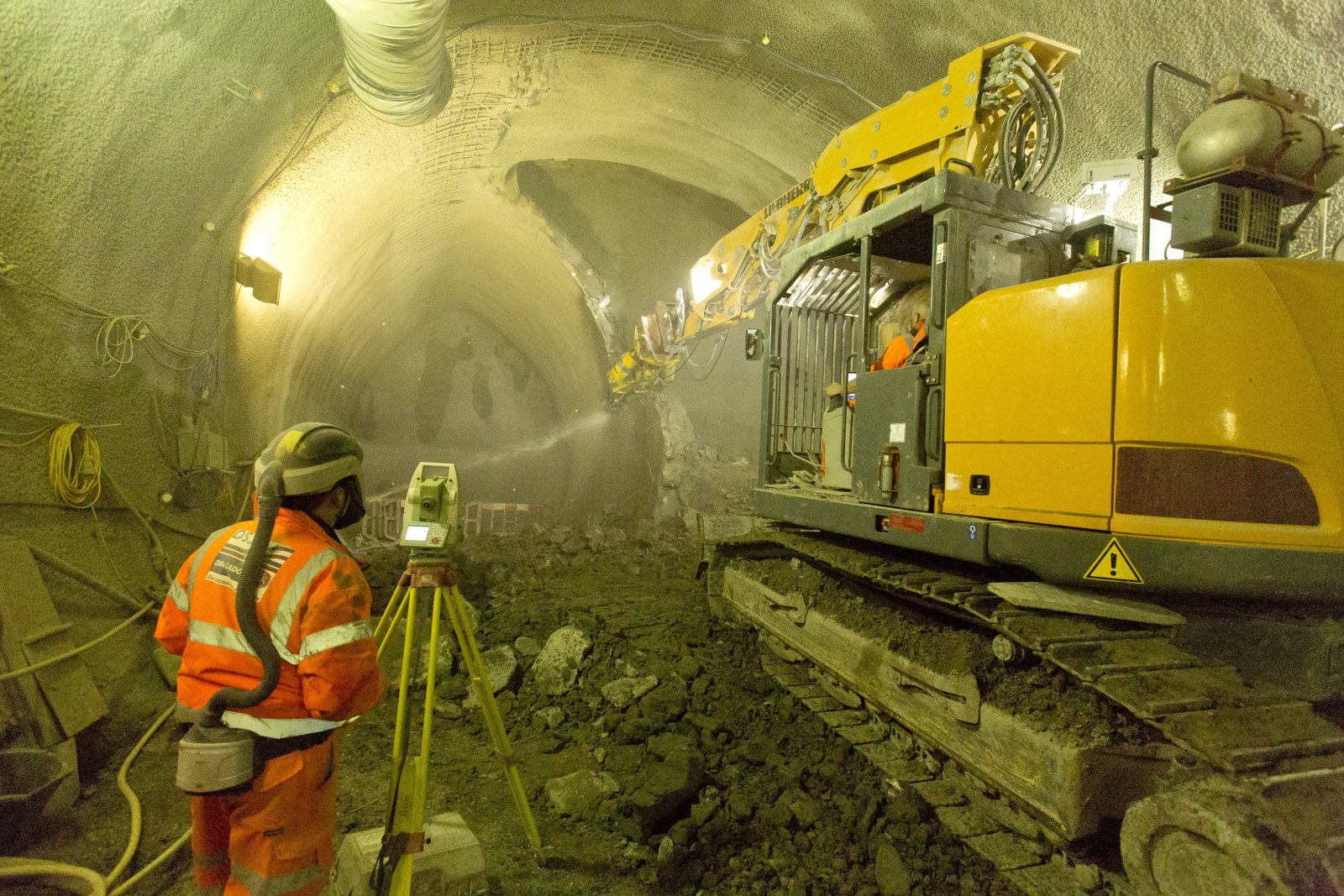 Sisk was responsible for obtaining the Port of London Authority approval for the jetty works and spoil removal solutions. Working in Central London, with the major local impacts which that entails, Sisk’s full community engagement team amended works activities to take account of any community concern.

This included the use of barges to remove tunnel spoil and minimise traffic impacts, and location of the segment batching plant to allow deliveries via the River Lea, with the site converted to an inner city farm (based on local community consultations) after works were completed. 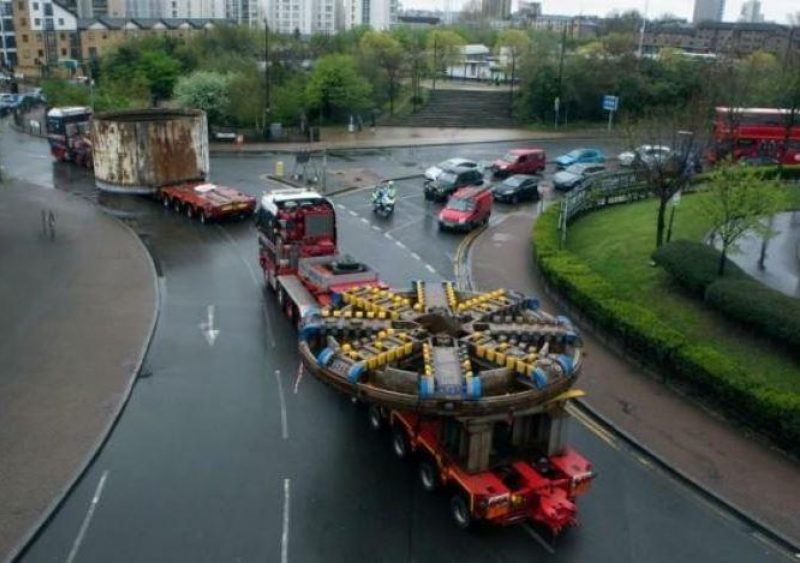 "The Crossrail team has delivered 42km of 6.2 metre bore tunnels using eight TBMs through ground that must be more densely packed with foundations, services and other tunnels than anywhere else in the world." 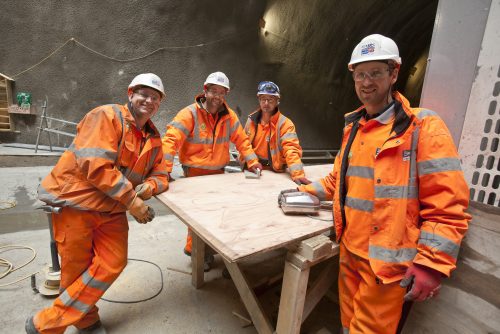 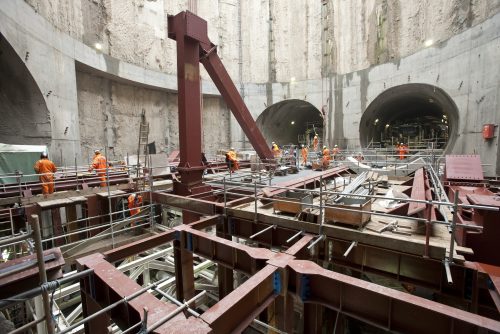 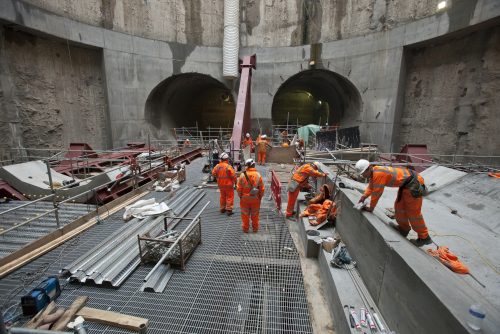 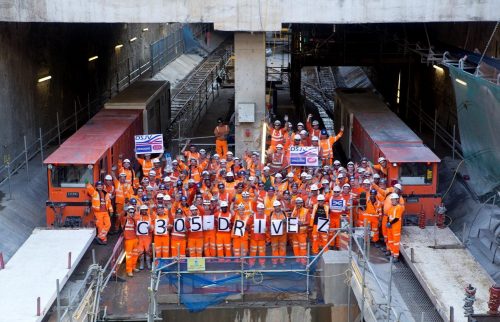 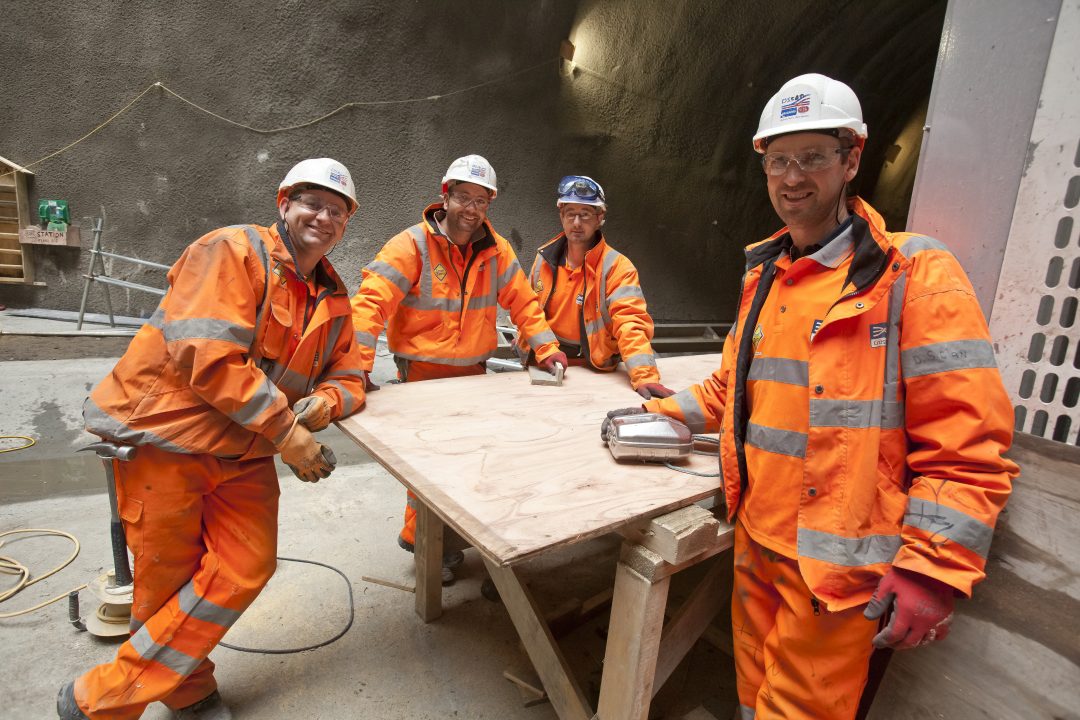 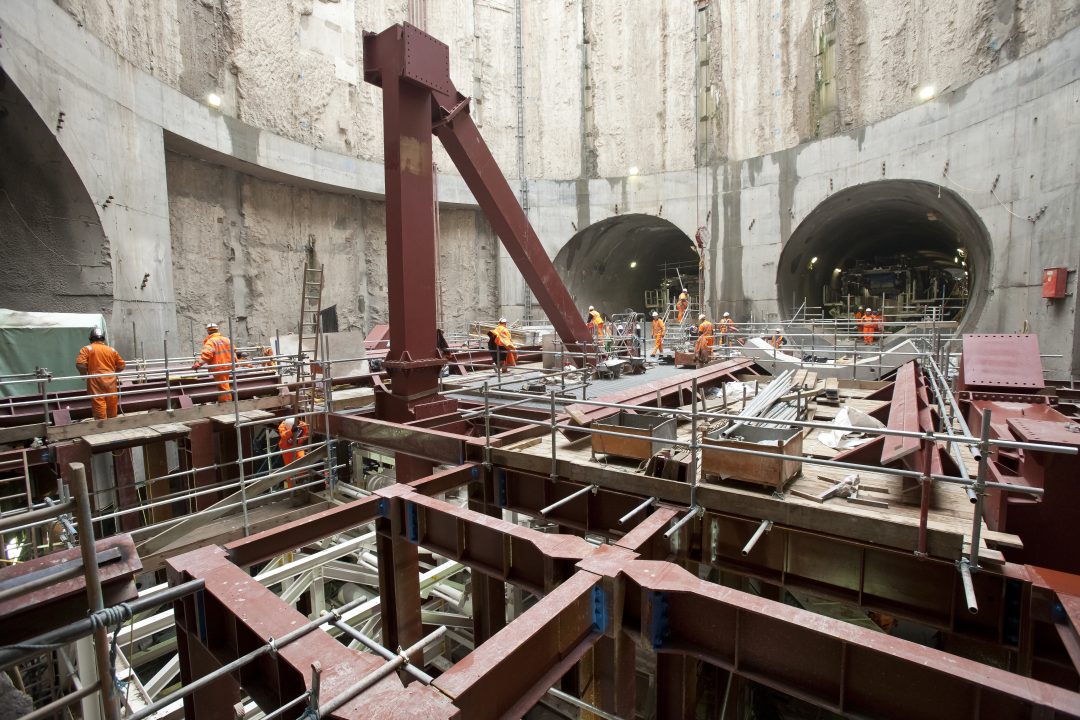 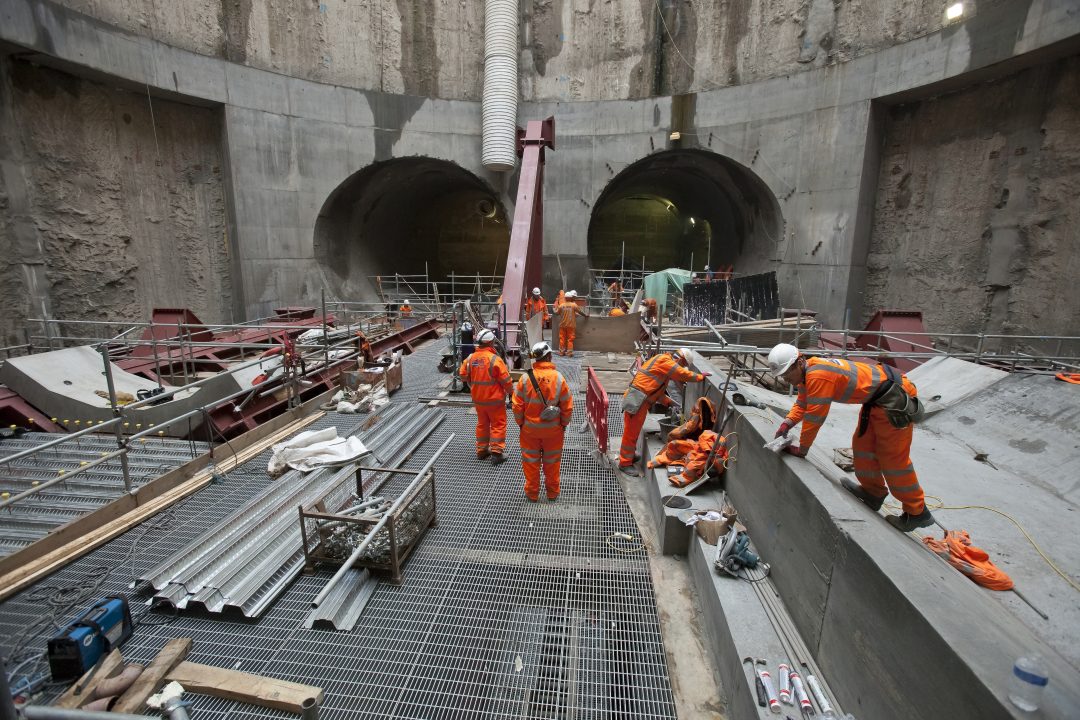 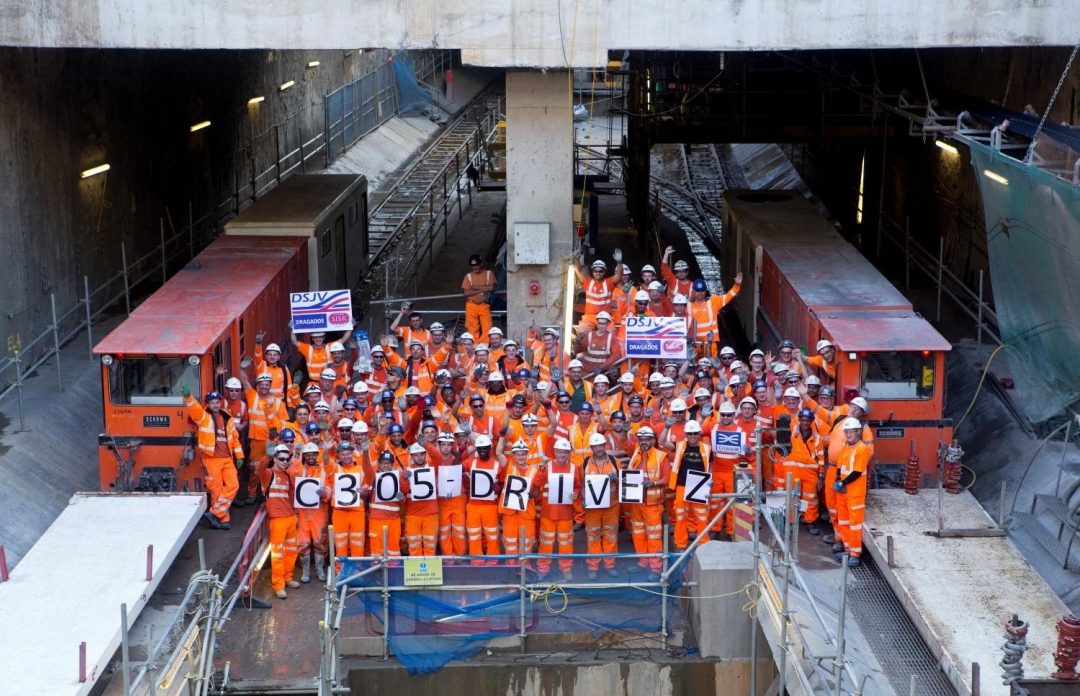