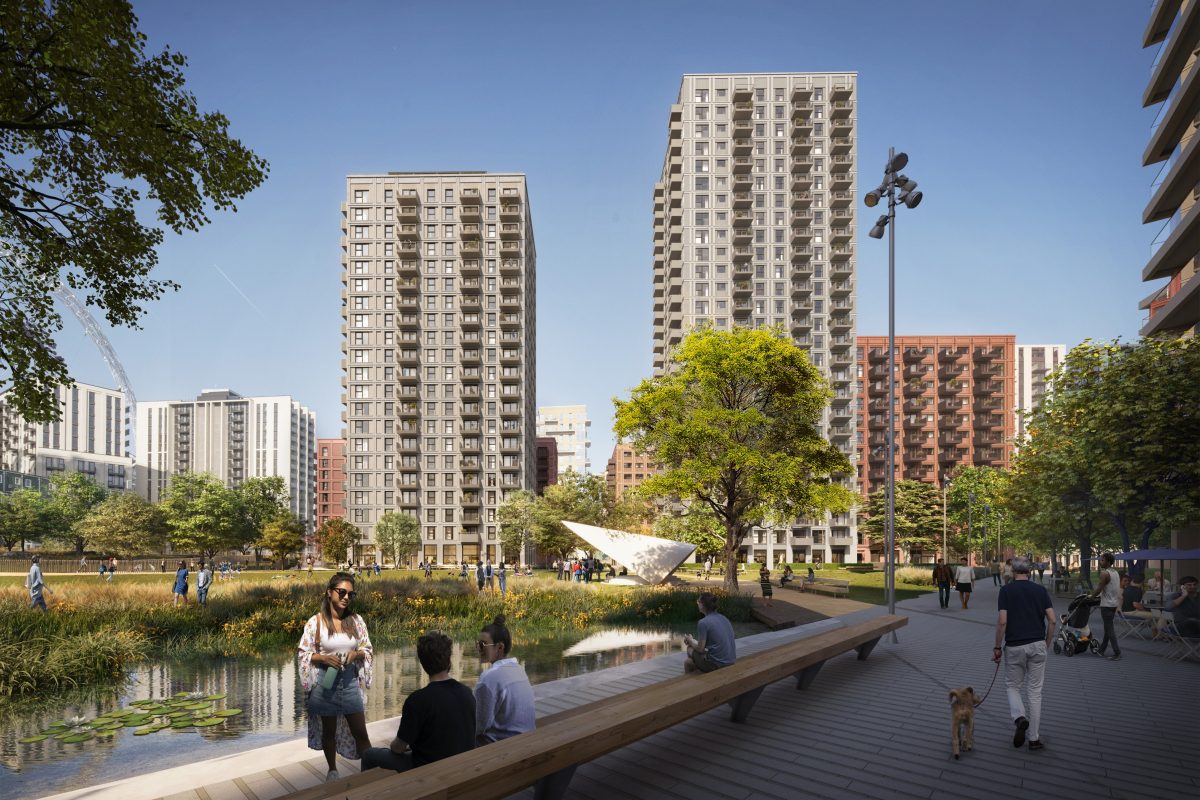 The buildings, currently known as NE02 and NE03, will be the first to be delivered at Wembley Park’s North East Lands development, the latest quarter of the 85-acre site to be transformed by the developer. Quintain broke ground at North East Lands, which will deliver a total 2,000 homes, earlier this year as the developer celebrates its 30th anniversary and 20 years at Wembley Park.

The £227m contract between Quintain and Sisk has been agreed at a fixed price. Whilst not uncommon, a fixed price contract committed to by both parties, during a period of high inflation and following the impact of Covid and Brexit, is testament to the exceptional working relationship between the two businesses. This outcome was achieved through early engagement with the wider contractor framework, cultivating transparency and a fair allocation of risk.

James Saunders, CEO of Quintain, said: “Whilst the wider economic picture may be one of uncertainty, Quintain is committed to delivering hundreds of new homes for London at the right time and cost. This landmark contract signing is testament to our continued momentum at Wembley Park and our unwavering success at the site for the past 20 years. It gives me great pleasure to bring the North East Lands development forward with Sisk, our long-term construction partner and valued member of our contractor framework.”

The commitment to building a further 769 homes at Wembley Park in plots NE02 and NE03, during a period of economic uncertainty, demonstrates Quintain’s confidence in the market and in its Build to Rent product so successfully managed by its Quintain Living team, currently at over 3,000 homes.

Ajaz Shafi, COO, UK & Civils, John Sisk & Son, said “John Sisk & Son is thrilled to have formally signed contracts with Quintain for both NE02 & NE03 projects. This is the largest contract we have signed to date with Quintain and the first developments at North East lands. Sisk has an 18-year history at Wembley Park with our client, Quintain. Together we have created over 2,000 homes, along with a 365-bed hotel, 660 bed student resident units, 1,000 bay carpark, and over five acres of incredible public realm, with another 817 homes now currently under construction with the signing of this latest contract. This demonstrates our longstanding relationship with Quintain and the dedication of our staff

and supply chain partners. We are extremely excited by this next leg of the journey at Wembley with Quintain and look forward to creating this new neighbourhood within Wembley Park.”

The homes will be delivered alongside the completion of Union Park, which is to span a full seven acres across Wembley Park, three and a half of which are already complete and open to the public alongside children’s play areas and water features. Union Park is Wembley’s first new significant public green space in over a hundred years and, once complete, will be complemented by community amenities for local residents and the public.

This significant construction contract signed between Quintain and Sisk comes after 18 years of successful collaboration between the two businesses at Wembley Park. The commitment to a continued partnership amongst a challenging market is testament to Quintain’s transparent and supportive approach as a client rather than encouraging a race for the lowest price which traditional tendering methods are known to create.