Conor Flynn shortlisted for Apprentice of the Year 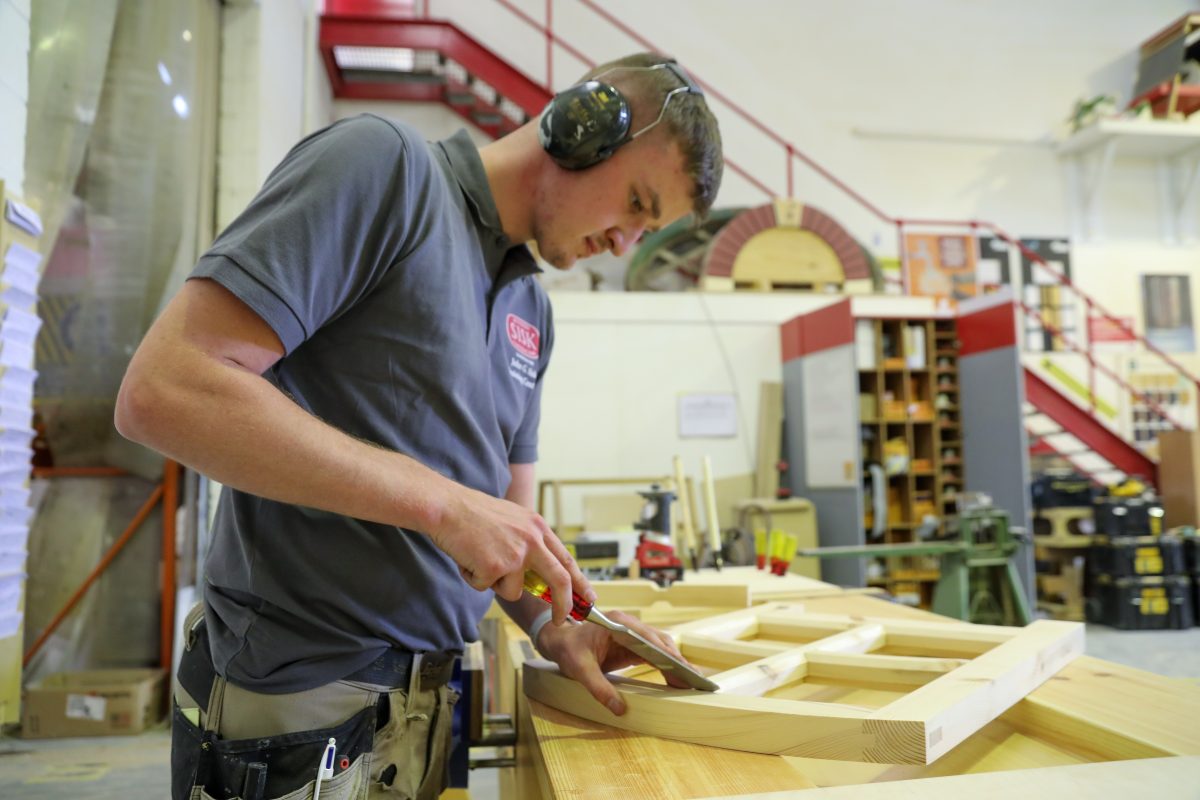 Tuesday 25th October 2022:  Teamwork, leadership, creativity, problem-solving – those are skills that third-year apprentice Conor Flynn has in spades, according to Generation Apprenticeship. Conor has been shortlisted as one of their Apprentices of the Year, the winner of which will be revealed tonight (Tuesday 25th October) by Minister Simon Harris at The Mansion House in Dublin.

Practical
An office-based job never appealed to Conor – he always knew he wanted to do something with his hands. He also gravitated towards the more practical subjects in school – Geography, Construction Studies – so it’s no surprise he took a route into carpentry, via the Training Centre.

“All my uncles are tradesmen so it runs in the family I suppose,” says Conor, who is from Durrow in Co Offaly.

It was his uncles too who suggested Sisk. “They pushed me to go for this when the opportunity came up. They would have done work for Sisk down through the years and would have dealt very closely with Dave Tracey as well.”

Once he got into the rhythm of the joinery in year one “I fell in love with the whole thing.” The possibilities it opens up is another draw: “With a trade you can go anywhere, do anything. You can provide for yourself. Even though you do four years here, that’s not to say you have to be a carpenter for the rest of your life. With such a big company like Sisk there are so many opportunities.”

Learning
The Sisk apprenticeship, Conor feels, is a good mix: “You’re either here (in the Training Centre), out on site or in college.” The key thing is you’re learning all the time – whether it’s through the things you are doing or through the people you are meeting.

“You’re being taught by the people that passed through here before you. It will be nice to be able to pass on what I have learned, and see others doing well.”

That, in essence, is what Sisk is all about. “I think that’s the ethos here – you’re always trying to help each other.”

As for the nomination for Apprentice of the Year, he was a bit taken aback when Ronán Murphy and Neil Farrell from the Sisk Training Centre summoned him to the office to let him know they were putting his name forward.

“I was surprised because it’s not something I look for – recognition. If I can do a job, do it well, and the person that it’s for is happy, then I’m happy.”