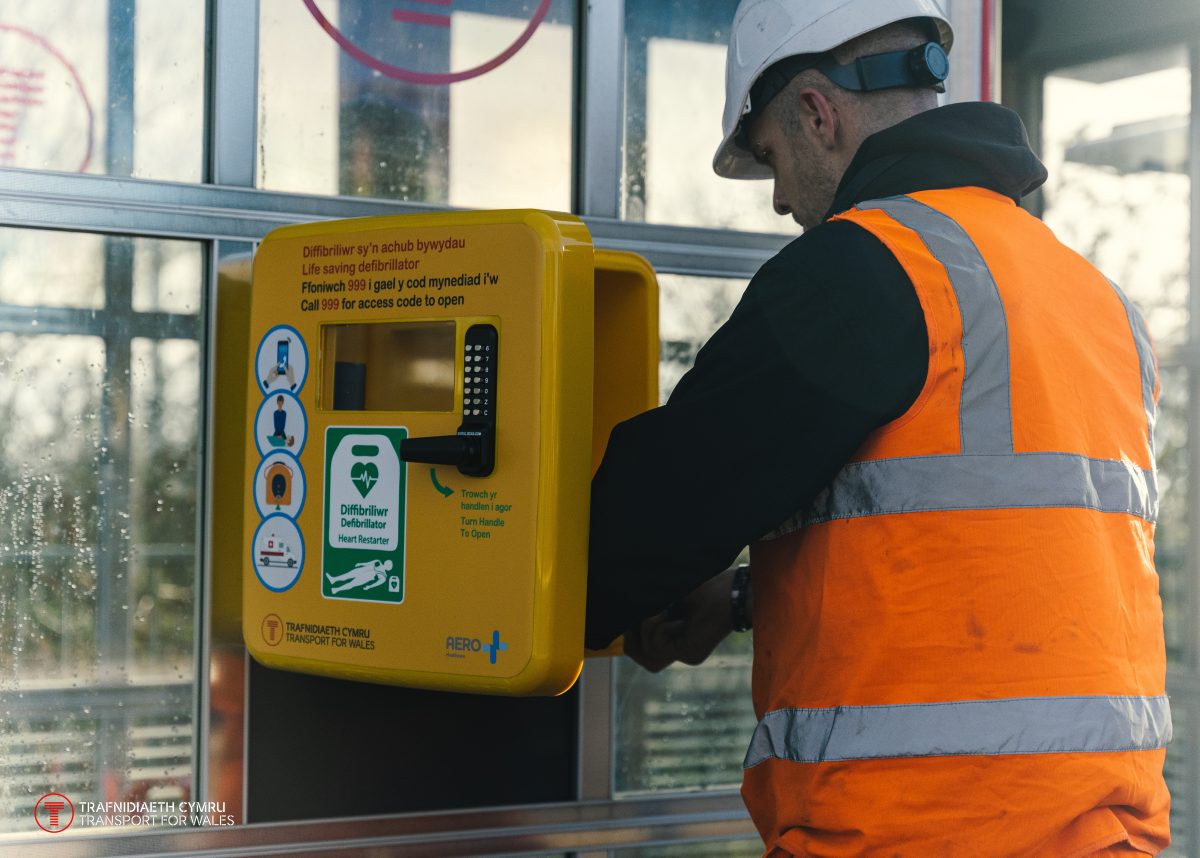 Monday 5th September 2022: Sisk Rail has been selected by Transport for Wales (TfW) to rollout life-saving defibrillators at stations across the Wales and Borders rail network.

The work is the latest phase of plans by TfW to install over 200 defibrillators at stations and in communities throughout Wales and the borders, which began in February 2022.

Defibrillators are important portable life-saving devices that can give a casualty’s heart an electric shock when it has stopped beating, normally in a sudden cardiac arrest. According to British Heart Foundation Cymru, there are around 2,800 out-of-hospital cardiac arrests in Wales each year, but just one in 20 people survive.

Once ready for use the defibrillators will be registered on the British Heart Foundation’s bespoke portal, called The Circuit, in partnership with St John Ambulance, the Resuscitation Council UK and the Association of Ambulance Chief Executives. The Circuit maps out defibrillators for NHS ambulance services across the UK so in the crucial moments after a cardiac arrest, they can swiftly direct members of the public to the nearest defibrillator.

Nick Culshaw, Managing Director, UK Civils and Rail, Sisk said: “Sisk Rail is delighted to be carrying out these works throughout Wales and the border rail network on behalf of TfW. These 200 defibrillators will provide vital life-saving equipment in local communities. We hope that in the event of a sudden cardiac arrest that the installation of these defibrillators will help to save lives.”

Lisa Cleminson, Transport for Wales’ Stations Director, said: “We’re proud to be rolling out defibrillators across the Wales and Borders network. These yellow boxes are vitally important in helping those who experience a cardiac arrest, be they TfW customers, colleagues or someone in the local community.

“We already have defibrillators in many of our stations across our network, and these additional new machines will become a valuable life-saving resource.”

“We’re encouraging customers and community to support us in keeping this equipment safe and secure by being vigilant and reporting any incidences of vandalism immediately to British Transport Police by texting 61016.”

The project has been organised by TfW’s Rail Infrastructure Director Karl Gilmore, who added: “All of the defibrillators will be available 24 hours a day but, more crucially, they will all be listed on The Circuit so emergency services staff know where they are located.

“Our staff will be given training on how to use the defibrillators and we’re working with charities and other organisations to make sure we can roll out training into communities.”