Joiner PJ gets ready to take on the world 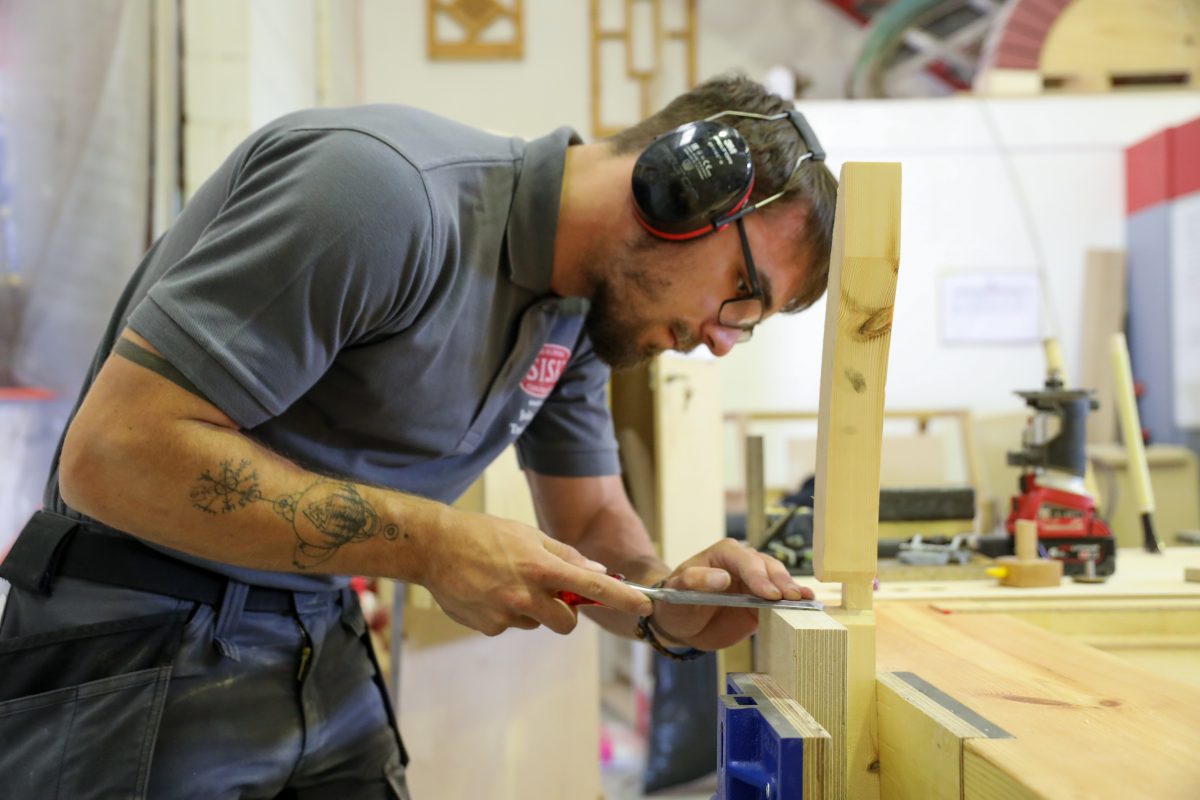 Kildare man PJ has earned the right to be there having made it through the preliminary rounds. “We had to make a piece and send it off to Sligo IT to be judged,” says PJ. They pick the best six to participate in the three-day joinery competition in the RDS.

Understandably, there are a few nerves in advance of the competition. “If I do win, it will be great as it gives the company recognition. This will be my first time doing a bit of proper joinery outside of college. We make doors here in the Training Centre but it wouldn’t be anything technical like this.”

PJ says there have been lots of well-wishers too. “I’ve had people coming over from head office wishing me luck. They’re saying there’s no pressure on me – all I’ve to do is do my best.” PJ knows too that the experience of the whole event will stand to him, “that’s half the joy of it”.

PJ knew about Sisk prior to his apprenticeship because his father had worked on Liffey Valley. He had also done a day trip to the joinery when he was in school. “We met Dave and a couple of guys who are now foremen but would have been apprentices then. When I finished school it was the first place I thought of.”

Like the run-up to any competition, PJ is spending his time practising in advance of September 13. “You have to keep doing it – getting that memory into your hands. You can see it getting better every time – it’s just repetition.”

He also has former apprentice Cian Lawless – who won the competition three times – helping him. “He’s showing me ways to make things better.”

World Skills Ireland takes place in RDS Simmonscourt from Sep 13-15. It is free to attend but you must register in advance https://worldskillsireland.reg...